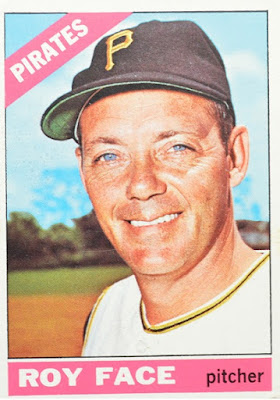 Posted by Jim from Downingtown at 10:00 AM

In addition to those listed, others older than Willie Mays in the 1966 set are Hector Lopez, Ray Herbert, Roger Craig, Del Crandall, Vern Law, Dick Groat, and Bob Friend.

Also from the 1967 set are Dick Hall and Dick Groat.

Almost half of these guys played for the Pirates!