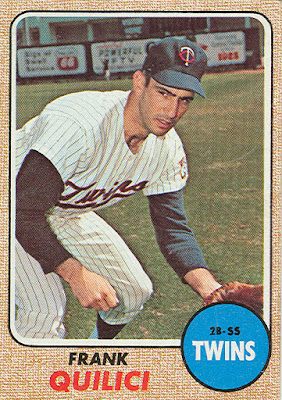 TwinCities.com obituary
.
Posted by Jim from Downingtown at 4:09 PM

I heard about his passing yesterday...

Quilici was an All-American at Western Michigan University here in Kalamazoo as well as playing and managing in the big leagues.

Thanks for posting this about the former WMU Bronco.

Just keeping tabs on baseball players from the 1960s. :(

Football players too, but I've been doing that only on an annual basis.