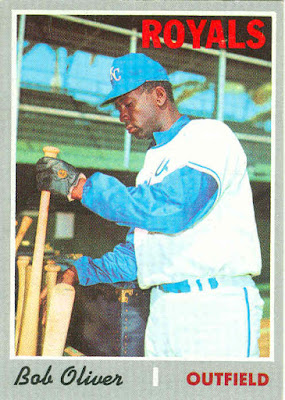 Oliver debuted with the Pirates in 1965, then returned to the minors until getting a chance with the expansion Royals in 1969. He was a regular for them from Day 1 in 1969 until his trade to the Angels in May 1972, splitting his time between the outfield, 1st base, and 3rd base.

He continued playing regularly at the same 3 positions for the Angels from 1972-74.

Oliver also played briefly for the Orioles in September 1974 and the Yankees during the first half of 1975.

Posted by Jim from Downingtown at 6:02 PM No comments: 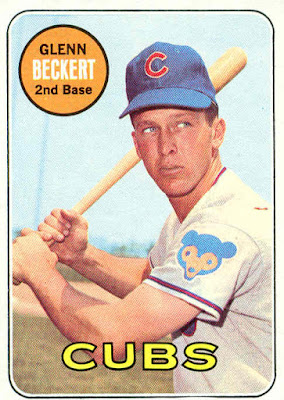 Beckert was the Cubs' regular 2nd baseman from Opening Day in 1965 until early-August 1973. His double-play partner was Don Kessinger for that entire time.

After the 1973 season he was traded to the Padres, and was a bench player there until he was released in late-April 1975.
Posted by Jim from Downingtown at 9:43 PM No comments: 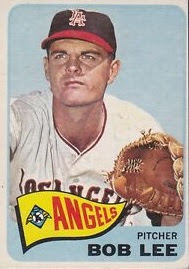 
A second 1960s' All-Star outfielder has passed away in as many weeks. 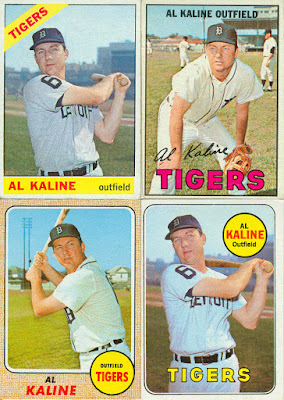 Kaline was a rarity, in that he played his entire career for just one team, and also that he never played in the minor leagues.

He was a 15-time All-Star and a 10-time Gold Glove winner. He finished 3rd in the 1954 AL Rookie of the Year balloting, and the following year led the league with a .340 batting average.

ESPN obituary
.
Posted by Jim from Downingtown at 8:27 AM No comments:


This isn’t a 1960s’ topic, but it isn’t card-related either so I have nowhere else to post it but here.

Recently I posted a few players who wound up their careers in the Inter-American League in 1979, so I decided to dig a little deeper into this short-lived minor league.

The league began play in 1979 as a triple-A league, with teams in Miami and 5 other locations in the Caribbean. The fact that the teams were unaffiliated with major-league teams, plus the Caribbean weather, multi-national air travel (and visas), and just being poorly-funded in general all contributed to the collapse of the league by June 30th.

These were the 6 teams, with their records and position in the standings when the league folded:

*these two dropped out on June 17th 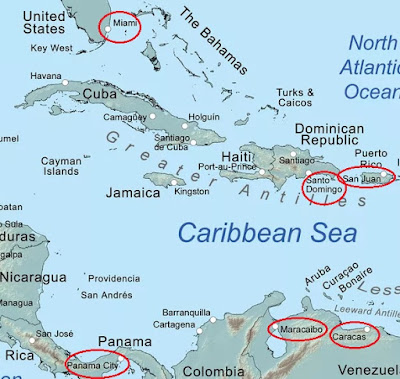 Caracas was managed by Jim Busby, with players such as Cesar Tovar, Tom House, Butch Metzger, and Remy Hermoso.

Puerto Rico was managed by Jose Santiago, and featured Bobby Tolan, Bobby Brown, Angel Mangual, and Leo Foster.
Posted by Jim from Downingtown at 8:00 AM No comments: