Wrapping up the series I started on November 8th, here is a breakdown of the 1969 Phillies team. Using information from a chart I recently discovered at Baseball-Reference.com, I have come up with sort of a depth-chart below. In each section, a dotted line separates the "main players" from the others. 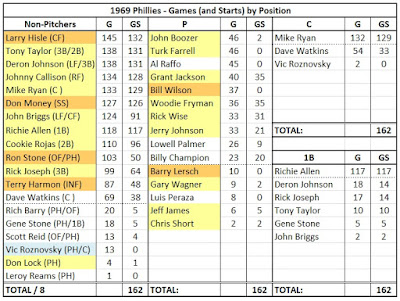 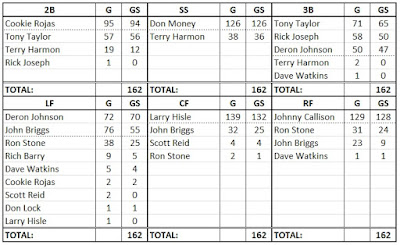 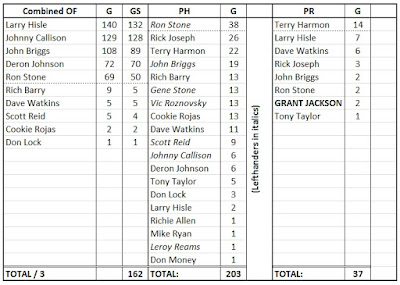 Had a Phillies card this year, but was not on the team: Clay Dalrymple

The first 13 non-pitchers on the list above (plus Vic Roznovsky) were with the team for the entire season. Everyone else was just taking their turn filling Don Lock's roster spot following his early-May trade.

Chris Short was the team's Opening Day starter. After one more start (4/15), he missed the remainder of the season with injuries.
.
Posted by Jim from Downingtown at 6:57 PM No comments: 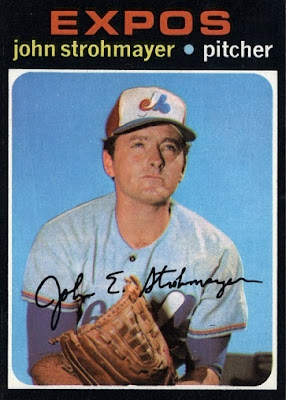 Strohmayer was signed by the Athletics in 1968, and made his major-league debut with the Expos in 1970. He pitched in 134 games for the Expos over a 3 1/2 year period.

From 1976 to 2009, Strohmayer was a school teacher, principal, and finally superintendent in the California school district where he attended as a boy.

He retired in 2009 after he and 14 other school employees won the lottery.

Posted by Jim from Downingtown at 1:53 AM No comments: