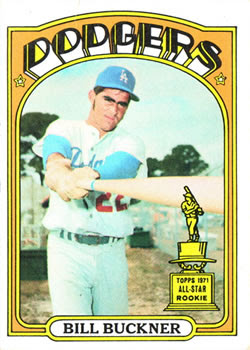 Buckner was a 4-decade player by virtue of his one pinch-hitting appearance on 9/21/69. (His next game was the following April.) He played until the end of May 1990.

Despite all that hitting prowess, the first thing most people remember is his defensive miscue in the 1986 World Series.

After his playing career, Buckner moved to Idaho and entered the real estate business. 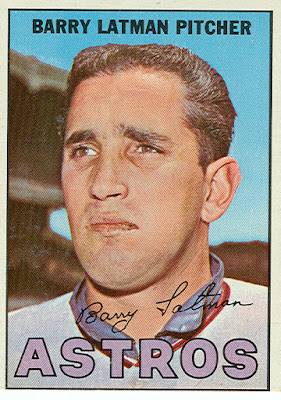 In December 1963 he was traded to the Los Angeles Angels with 1st baseman Joe Adcock for slugging outfielder Leon Wagner.

SABR biography
.
Posted by Jim from Downingtown at 1:31 AM 1 comment: 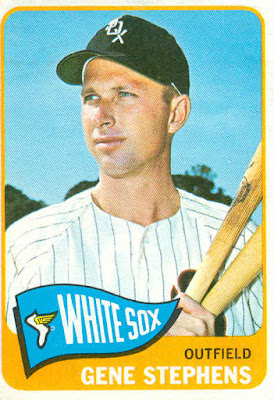 Gene was primarily a left fielder, playing there for much of 1953 while Ted Williams was over in Korea. He was Williams' backup from 1955-59.

Stephens was the only player in the 1900s to have 3 hits in the same inning, accomplishing that in 1953. (Johnny Damon matched that record in 2003.)

Posted by Jim from Downingtown at 1:44 AM No comments: