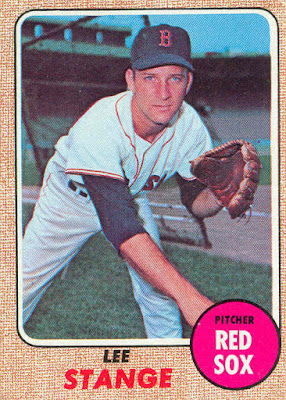 After 2 calendar years with the Tribe, he was traded to the Red Sox in June 1966 and played in the 1967 World Series.

Stange moved on to the White Sox in June 1970, and finished his career that season.

Reuters obituary
.
Posted by Jim from Downingtown at 1:19 AM No comments:


Jim Bunning and Roger Maris are the latest inductees, joining the 29 others shown below. 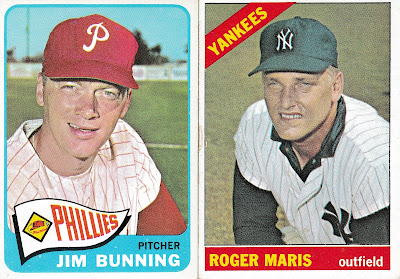 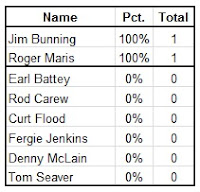 I'm really surprised that no one but me voted this time. Had all the "good" candidates already been inducted? Or did nobody want to vote because it wasn't an anonymous poll?

Is this an "asterisk situation"? Nah, there was almost 2 weeks allowed for voting, and nothing was said about what happens if only 1 person voted, so...

With only 1 person voting, candidates received either 100% or 0%. Since the other 6 received less than 15% of the vote, they will be dropped from the ballot.

I don't think there will be another ballot after this anyway.  1) There was no interest this time. 2) With those 6 candidates dropped, and all other "names" rejected on previous ballots, there is really no one left from the 1960s to consider.  I suppose Johnny Bench could be proposed, but Tom Seaver got no votes, and Bench played less in the 1960s than Seaver.


(Click the "hall of fame ballot" label below to see all past results.
.
Posted by Jim from Downingtown at 7:00 PM No comments:


Former Orioles and Giants pitcher Billy O'Dell passed away on September 12, 2018 at age 85. 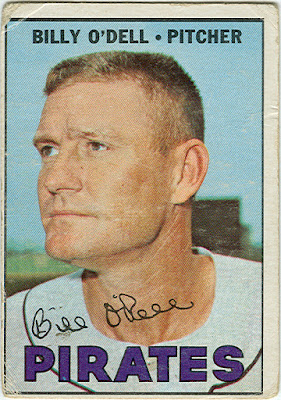 O'Dell joined the 1st-year Baltimore Orioles in 1954 as a bonus baby, and never played in the minor leagues.

ESPN obituary
.
Posted by Jim from Downingtown at 3:14 AM No comments:

Last year Billy Williams was the lone inductee, joining the other 28 members in the Hall. One player received less than 15% of the vote and was dropped from the ballot, leaving 6 returning candidates this time:

Since Blogger has done away with the polls widget, please use the comments to vote. (Anonymous comments will not be accepted. Also any spammers commenting as an excuse to post their links to gambling sites, etc will be deleted, as always.)

Vote for up to half (this time 4) of the players on the ballot. The voting will close on 9/15, at which time comments will be disabled. Those receiving at least 75% of the votes will be inducted.

Posted by Jim from Downingtown at 12:10 AM 2 comments: