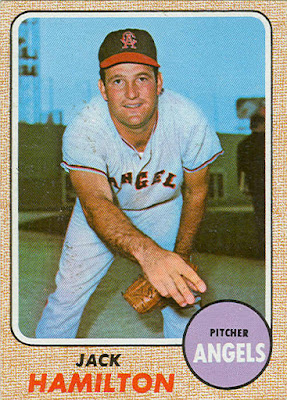 Hamilton began his career in 1962 with the Phillies. Initially a starter, by mid-season he found himself in the bullpen, where he stayed for the bulk of his career, except for 1967 with the Angels.

After 2 seasons with the Phillies, he was traded to the Tigers as part of the Jim Bunning deal. Then it was on to the Mets (1966-67) and Angels (1967-68), before splitting his final 1969 season between the Indians and White Sox.

Hamilton retired after pitching in AAA ball in 1970, and went into the restaurant business.

Posted by Jim from Downingtown at 7:33 PM 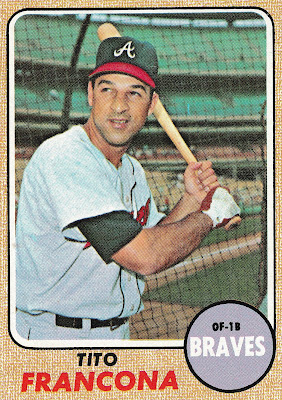 Francona began his pro career in the St. Louis Browns' organization. After 2 years in the service, he made the Orioles team in 1956, and was the runner-up for the AL Rookie of the Year award that season (the team's 3rd season in Baltimore), garnering 1 ROY vote (as did Rocky Colavito. Luis Aparicio won the award with 22 votes.)

He was an every-day player as a rookie with the Orioles, and during his time with the Indians (1959-64). He spent his final 6 seasons as a backup 1B-OF for 5 different teams.

After his playing career, he was the director of parks and recreation in New Brighton, PA (a town adjacent to Joe Namath's hometown of Beaver Falls, PA) until retiring 10 years ago.

San Jose Mercury obituary
.
Posted by Jim from Downingtown at 11:03 PM No comments: 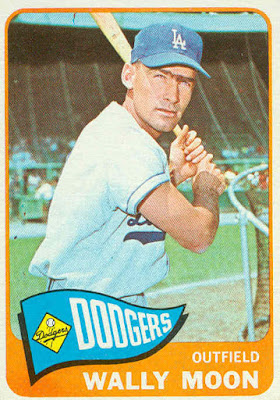 I had just blogged about Moon on my 1965 card blog about 5 months ago.

Posted by Jim from Downingtown at 1:18 AM No comments: