With great sadness I am posting that long-time Phillies' organizational soldier Dallas Green passed away today (March 22, 2017) at age 82. 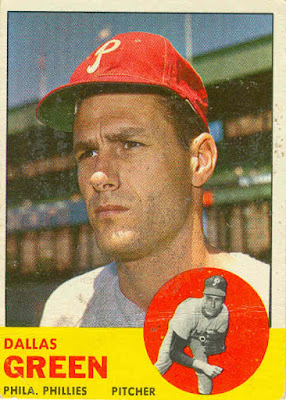 Green played for the Phillies from 1960 to 1964, then spent some time with the Mets and Senators, before returning to the Phillies for his final season in 1967.

Green then went to work assisting Paul Owens in running the Phillies' farm system. After Owens' promotion to GM in 1972, Green took over the farm system, until being named Phillies' manager in late 1979.

He managed the Phillies for the 1980 and 1981 seasons, "coaxing" all the varied personalities to the 1980 World Series championship.

After 1981 he moved to the Cubs as a front-office executive. He later managed the Yankees in 1989 and the Mets from 1993-96, before returning to the Phillies as a senior advisor.


To me, the "Old-school Phillies' Way" was personified by Paul Owens, Dallas Green, John Vukovich, and Larry Bowa. Three of those four are now gone.

ESPN obituary
.
Posted by Jim from Downingtown at 6:45 PM No comments: 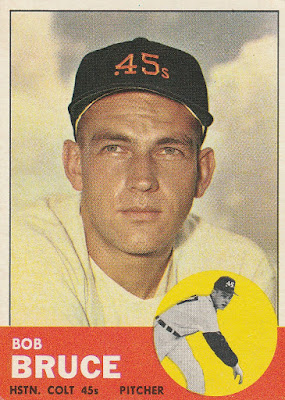 Beginning his career with Detroit, his best years were from 1962-66, when he was a workhorse starter for the Colts/Astros. In a 1964 game, he struck out the side on only 9 pitches (1 day after Sandy Koufax had done the same). He was also the starting pitcher in the first game played in the Astrodome.

After the 1966 season Bruce was traded to the Braves for veteran 3rd baseman Eddie Mathews, and retired after the season.

Post from a Houston-area blog
.
Posted by Jim from Downingtown at 5:25 PM No comments: 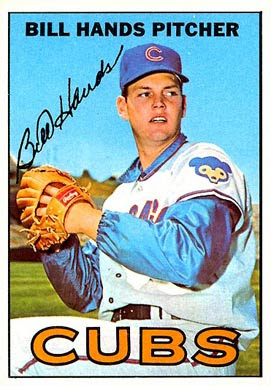 Obituary
.
Posted by Jim from Downingtown at 1:15 PM No comments:

Stars of the 1960s: Frank Robinson 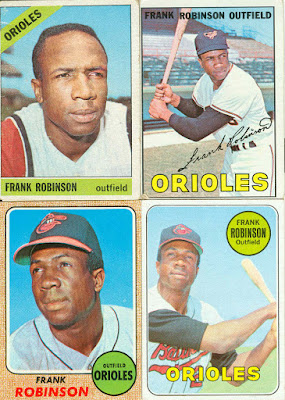 After 10 years with the Cincinnati Reds (including winning the Rookie of the Year award in '56 and the MVP in '61), Frank Robinson was traded to the Orioles prior to the 1966 season, and led them to their first-ever World Series appearance (and championship) in his first season there. As icing on the cake, he also won the Triple Crown and the MVP award that year. For good measure, he led the AL in runs scored too!