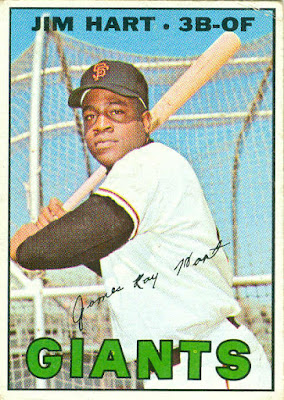 Jim was also a regular in 1967-68, splitting his time between 3rd base and left field. Hart was in and out of the Giants' lineup from 1969-73, while also spending parts of those seasons in triple-A.

He was the Giants' #3 slugger behind Willie Mays and Willie McCovey, with 5 consecutive seasons of 20+ homers:

.
Posted by Jim from Downingtown at 2:58 PM No comments: 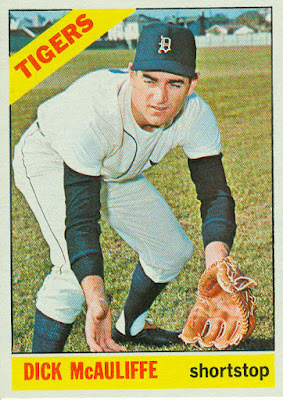 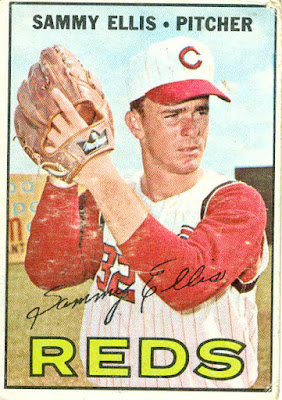 After his playing career, Ellis coached for the Yankees, White Sox, Cubs, Seattle, Boston, and Baltimore from 1983-2000.

Posted by Jim from Downingtown at 12:26 AM No comments:


I bought these 4 coins sometime in the past 2 years, but only found them in a box of unrelated stuff last week. (I moved last year, and some of the last-minute packing was done randomly. 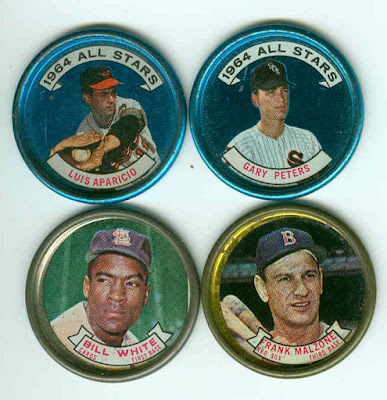 Topps' 1964 coin set was made up of the "regular coins" and "All-Stars". Some players were featured on both types of coins. I've noticed that the All-Star coins tend to be in much better condition, while all the regular coins have heavily-tarnished edges and backs, as well as some on the front. Maybe different metals were used?

These 4 coins bring my 1964 collection to 9 coins, joining these which I got a few years ago. (I also have the Tony Taylor coin.) I didn't collect Topps' baseball coins back in the day, because I didn't collect baseball cards in either 1964 or 1971.
.
Posted by Jim from Downingtown at 10:09 PM No comments:


Wow! Aside from a bunch of 1965 Topps cards, I have bought so little product in the past few years that it's surprising that I could lose track of some of the items I did buy.

Today I found these 5 Topps Giant cards from 1964 in a box with other stuff. I don't remember where or when I bought them, but I do know it was since my last adventure. I already had 13 of these cards, and now I can add 5 more to the set. (Now all I need to get are some pages to put them in. I've seen the correct size at a store I frequent, but only in boxes of 100. No thanks!)


All three of these players were stars for their teams, but by 1967 would be on the downside of their careers.  Unfortunately for Phillies' fans, Dick Groat and Dick Ellsworth would do their regressing while with the Phils.  Leon Wagner was a slugging outfielder whose power vanished overnight in 1967. 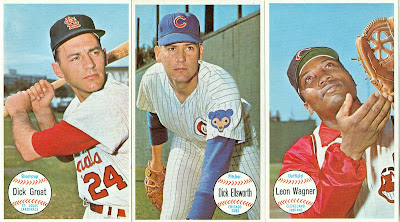 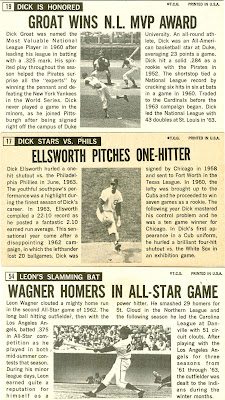 The last two cards are for Ken Johnson and Jim Gentile. Both are wearing soon-to-be-retired uniform styles. In 1965 the Colt .45s became the Astros, and the Kansas City Athletics switched to green/gold/white uniforms about this time. After 1967 they moved to Oakland, so the caps would change again. 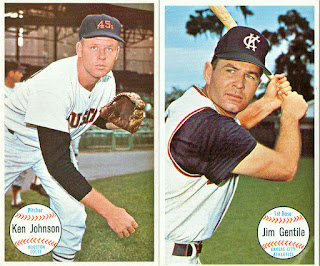 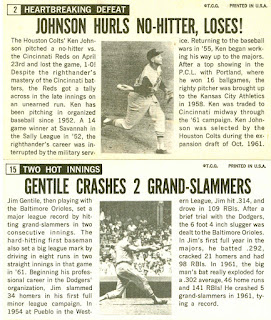 I also found four 1964 baseball coins today, which will be a topic for a future post.
.
Posted by Jim from Downingtown at 5:14 PM No comments: