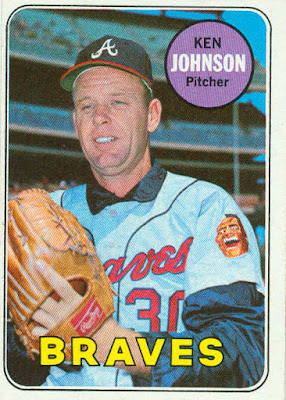 Signed by the Philadelphia Athletics in 1952, Johnson pitched from 1958-70 for 7 teams, mostly the Kansas City Athletics, Houston Colt .45s, and the Atlanta Braves.

Johnson was the Colts' top starting pitcher for their first 3 seasons. In 1964 he pitched a no-hitter against the Reds, but lost 1-0. To date, he is the only pitcher to lose a no-hitter.

Posted by Jim from Downingtown at 4:59 PM No comments: 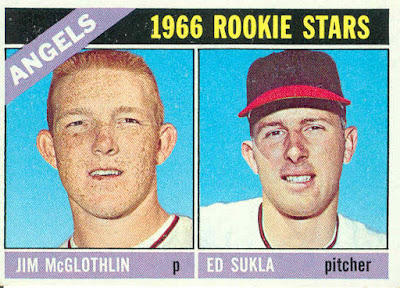 
(Sukla's card mate Jim McGlothlin passed away in 1975 from leukemia, 2 years after his final MLB season.) 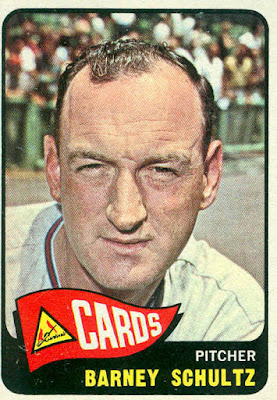 His final stop was the Cardinals. Acquired in mid-season 1963, he was a key member of their bullpen in 1964, as the Cardinals passed the Phillies in the season's final week to clinch the NL pennant and win the World Series. Schultz recorded a 1.64 ERA that year.

He retired after the 1965 season, and was the Cardinals' pitching coach for a decade, and then briefly with the Cubs.

Posted by Jim from Downingtown at 11:30 PM 2 comments:

Siebern came up with the Yankees in 1956, and won a Gold Glove in 1958 as their left fielder. Traded to the Kansas City in the Roger Maris trade after the 1959 season, he switched to 1st base with the Athletics, and was a regular there for 4 seasons, making the All-Star game in '62 and '63. 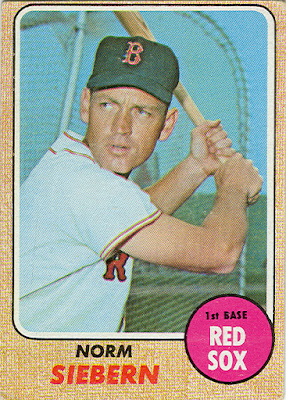 Siebern was traded to the Orioles following the 1963 season, and was the Orioles' 1st-sacker for the next 2 years - also returning to the All-Star game in '64. Norm bounced from the Angels to the Giants to the Red Sox in his final 3 seasons, retiring midway through 1968.

I only caught the tail-end of his career, as a pinch-hitter for the Red Sox during their push to the 1967 World Series. Maybe CommishBob has some stories from Siebern's days with the Orioles.

Posted by Jim from Downingtown at 1:59 PM No comments: