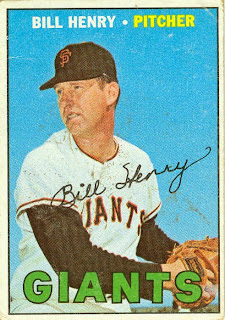 Bill was in training camp with the expansion Seattle Pilots in 1969, but retired briefly until coming back with the Astros for a few months later that season.

Reports that Henry had passed away in 2007 were later attributed to identity theft.