Who among you readers had one of these back in the 1960s? My brother and I had jackets similar to this one back in the early 1960s. One of us had a red jacket, while the other's was dark blue.

That jacket was probably my first clue about which teams were in the major leagues, since I had it for several years before collecting baseball cards. What ever happened to it?  I dunno, chances are I left it outside until the weather and insects made it unwearable.

I found this photo on the internet a few weeks ago. This particular jacket has 2 Mets patches on it, which seems unusual since not all teams are represented. Just like with my jacket, this one has a 'Red Legs' patch (since a team simply called the 'Reds' must surely be communist!) 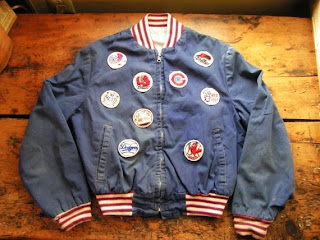 (photo mis-appropriated from the interwebs)

Posted by Jim from Downingtown at 6:15 PM 6 comments: 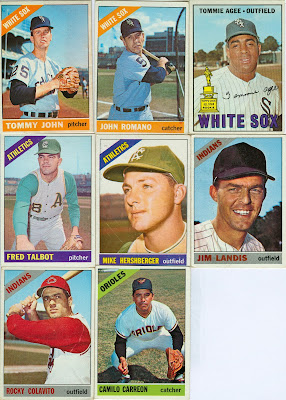