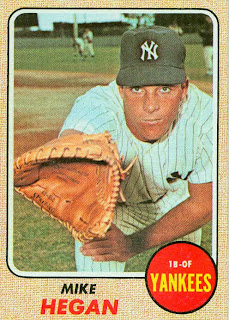 Posted by Jim from Downingtown at 11:55 PM

Mike was well loved in Milwaukee. Nothing but positive things are being said about his life. His 1972 Topps (a sun drenched batting cage in action shot)I think is one of the coolest cards of all time.