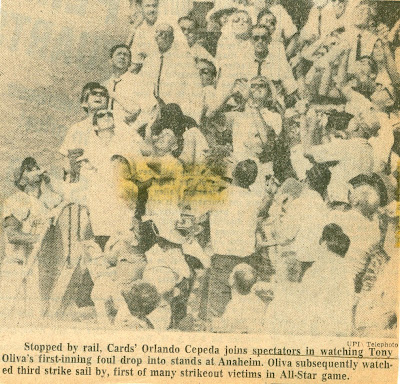 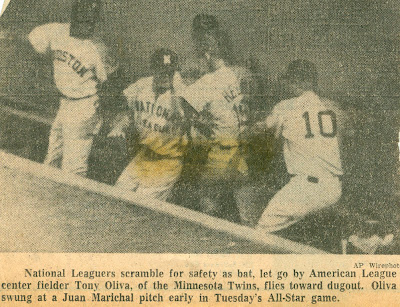 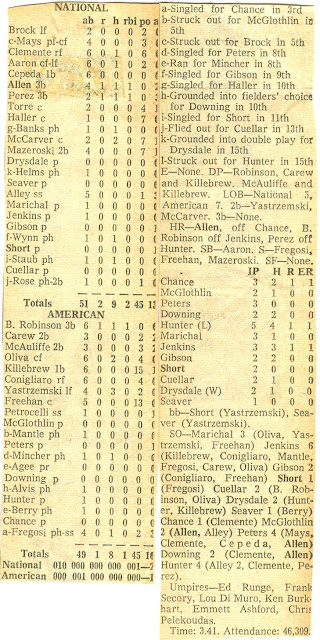 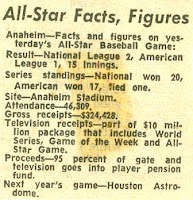 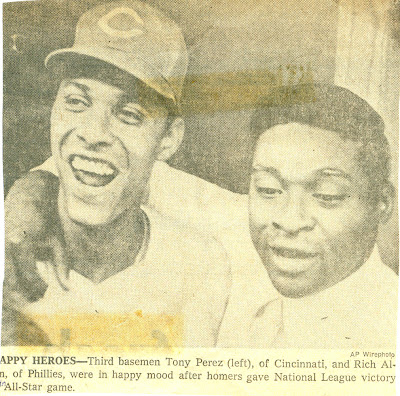 Tony Perez and Richie Allen celebrate the NL victory. Allen started at 3rd base, and was replaced by Perez.  They each hit one of the two NL home runs.  Perez' dinger won the game in the 15th inning.
.
Posted by Jim from Downingtown at 9:44 PM

Brooks batting lead off. I bet that hadn't happened more than once.

It seems that Carew's skillset would be more suited to leading off, with Robby batting 3rd, behind Oliva.

I remember Carew having terrible all-star games up until 1978, when he lead off and got 2 consecutive triples.