I found this a few weeks ago while unpacking at my new house.

The Philadelphia Inquirer printed up photos of the opening day 1966 roster, on the front page of their Sunday comics section. Check out young Mr. Jenkins! :( 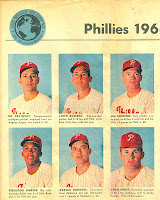 It's intact (except for a few holes along the center crease), but I had to scan it in 4 sections.

Posted by Jim from Downingtown at 9:52 PM 6 comments:

As I mentioned 2 posts ago, I went to an Expos' spring training game in 1974. Here are a few other things I found recently. (It's amazing how a little thing like moving will shake all the dust off of one's forgotten archives!)


An 11 x 8 tri-fold team roster (with Gary Carter as a non-roster invitee!)  The visiting Dodgers' roster is on the back flap. (Why are there periods after INF and OF, but not after P and C?) 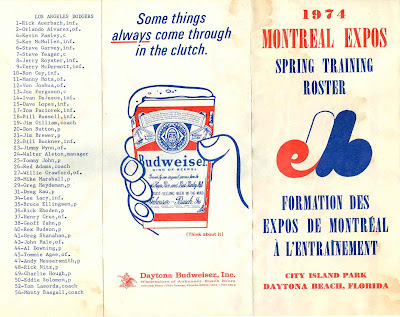 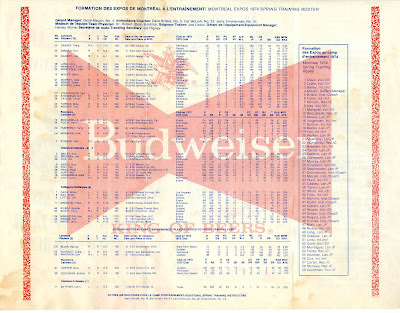 My ticket for that game: 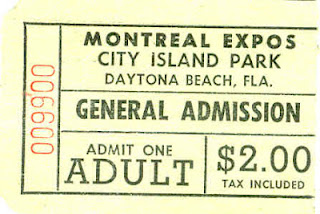 Jim from The Phillies Room: Wait until you see what else I found! (it's from April 1966)

Posted by Jim from Downingtown at 12:06 AM 6 comments: 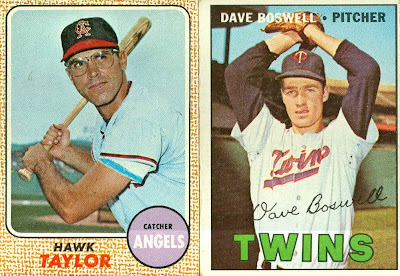 Robert "Hawk" Taylor passed away on June 9th at age 73 in Paducah, Kentucky. Hawk played for the Milwaukee Braves in the late 1950s and early 1960s, then spent several years with the Mets in the pre-Tom Seaver days. He moved on to the Angels before winding up his career as an expansion draft pick of the Kansas City Royals.

Dave Boswell passed away on June 11th at age 67 from a heart attack. Dave made his major-league debut with the Twins in September 1964, and spent the next 6 full seasons in the Twins' starting rotation, including pitching in the 1965 World Series, and winning 20 games in 1969. This obituary also recounts the day his manager, Billy Martin, beat him up outside of a bar one night in 1970. Martin apparently held no grudges, as when the Twins cut Boswell in 1971, Martin's Tigers signed Boswell for his final big-league season.
Posted by Jim from Downingtown at 11:47 PM 2 comments:

.
Look what I found in my house a few weeks ago:

In 1974, I went to Disney World, with a side trip to Daytona Beach, the spring training site of the Montreal Expos. Here's a program from a game vs. the Dodgers. (Looks like I planned to keep score, but gave up after entering Lee Lacy's name in the batting order!) 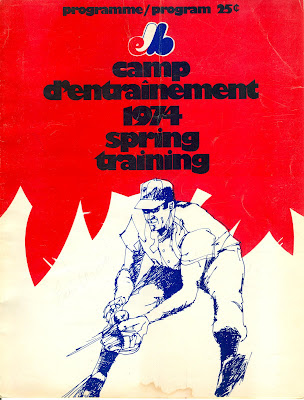 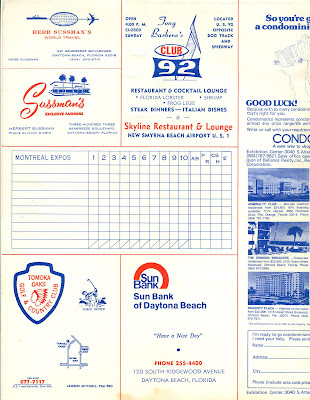 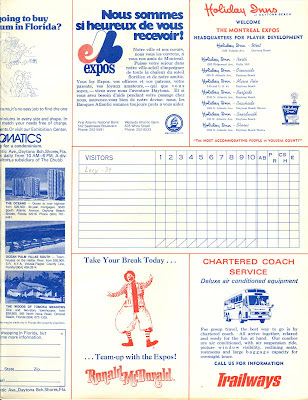 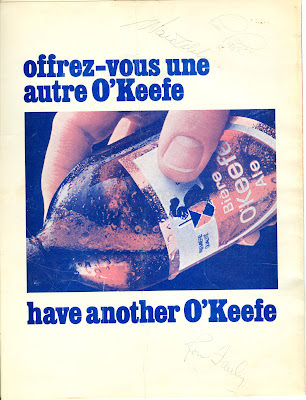 There are 3 autographs on the back: Tim Foli and Walt Alston at the top, and Ron Fairly at the bottom.
Posted by Jim from Downingtown at 11:00 PM No comments: