The Angels won 388 games between 1966 and 1970. Although they fared better than their AL expansion partner (Washington Senators), the Angels would not finish in 1st place until 1979. 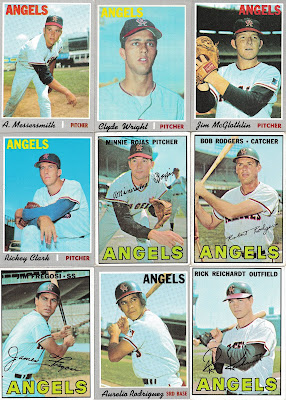