Following the deaths of Pete Ward and Tommy Davis, the White Sox alumni association took another hit on April 10, 2022 with the passing of Joel Horlen, one of their fine starting pitchers during the 2nd half of the 1960s. He was 84. 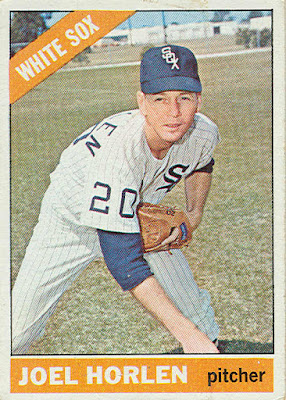 He often joined his southpaw teammate Gary Peters atop the AL ERA leader charts in the mid-1960s. 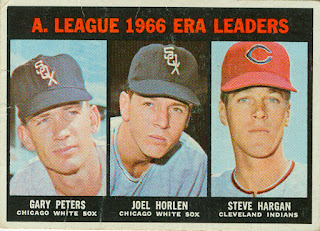 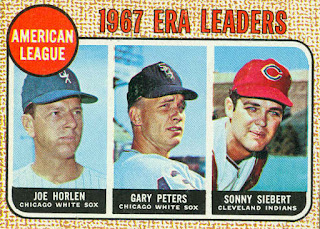 Horlen's best season was 1967. That year he led the AL in ERA (2.06) and shutouts (6), posted 19 wins, made the All-Star team, and pitched a no-hitter in September.
South Side Sox obituary
Posted by Jim from Downingtown at 1:38 AM No comments: 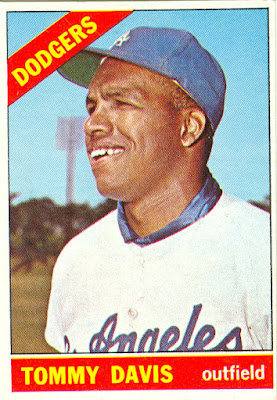 After a 1-game debut in 1959, Davis played for the Dodgers for the next 7 seasons. He was the NL Rookie of the Year in 1960, and won the batting title in 1962 and 1963. Those 2 seasons were his only All-Star appearances.
After the 1966 season he played for nine teams over his final ten seasons.
With the death of Tommy Davis, 248 of the 490 players (50.6%) that appeared on a solo card in the 1967 set have passed away.  19 of the 20 managers in that set are also deceased. The Reds' Dave Bristol (only in his early-30s at the time) is still living.
New York Times obituary
ESPN obituary
Posted by Jim from Downingtown at 4:14 PM No comments: 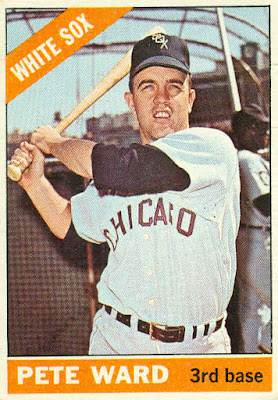 Ward debuted with the Orioles in September 1962, then a few months later went to the White Sox as part of a 6-player deal that brought Luis Aparicio to the O's.
He played mostly 3rd base and left field for the Sox, and was one of the team's sluggers. (23 homers was more than enough for the team lead on the Go-Go Sox.) 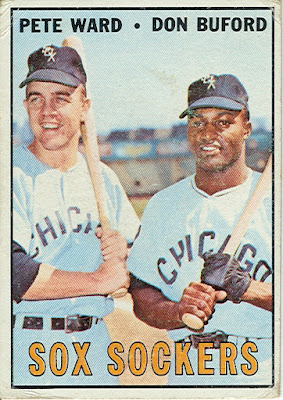 After his first 2 years in Chicago both his power and average dropped off significantly, but he was a regular for 5 more seasons.
He wound up his career in 1970 as a pinch-hitter and backup 1st baseman for the Yankees.
The Oregonian obituary
South Side Sox story
Posted by Jim from Downingtown at 1:07 AM No comments: