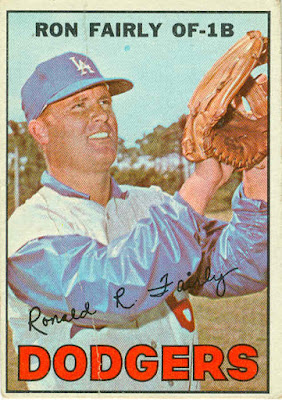 He joined the expansion Montreal Expos in mid-1969 (in a trade that returned Maury Wills to LA), and played for the Expos through the 1974 season. He was an everyday player through the 1973 season, also making his first of 2 All-Star teams that year.

After bench roles with the Cardinals and Athletics in 1975-76, he joined the expansion Toronto Blue Jays in 1977 and was once again an everyday player (as 1B/DH). He also made his 2nd All-Star team in '77.

Fairly finished up by playing for the Angels in 1978.

After his playing career he became a broadcaster for the Dodgers, Angels, Giants, and Mariners from 1979-2006.


Jackie Hernandez, the first shortstop for the Kansas City Royals, passed away on October 12, 2019 at age 79. 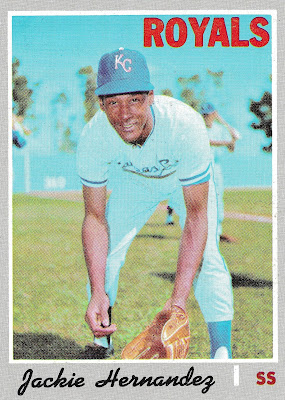 Hernandez broke in with the Angels in 1965, then was sent to the Twins in the Dean Chance trade following the 1966 season.

After 2 years in Minnesota, he was selected by the Royals in the expansion draft, and was their starting shortstop that first season, and the first half of 1970.

He rode the bench for the 2nd half of 1970, then was dealt to the Pirates in a 6-player trade that saw shortstop Freddie Patek join the Royals. He was a bench player for 3 seasons in Pittsburgh, followed by 1 season in triple-A and 2 in Mexico.

Posted by Jim from Downingtown at 5:59 PM No comments: 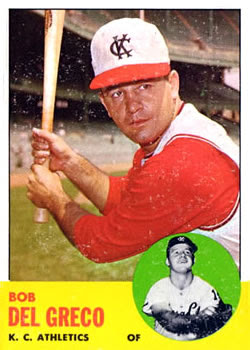 Bobby was purchased by the Phillies in April 1959, and played there for all of 1960 and part of 1961, splitting the center field job with Tony Gonzalez.

Traded to the Athletics in July 1961 for Wes Covington, he was Kansas City's regular center fielder for the rest of that season, and shared the job with Jose Tartabull for the following 2 years. 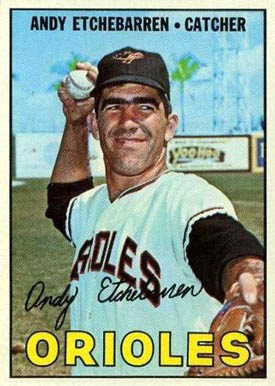 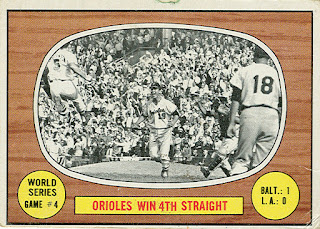 This is the moment the Orioles clinched their first World Series title, in 1966. Etchebarren is on the right, about to embrace Dave McNally. Four years earlier, they both made their major-league debut on 9/26/1962.


Beginning in 1968 Etchebarren shared the catching with rookie Elrod Hendricks, and the two of them were joined by Johnny Oates (1972 only) and Earl Williams (1973-74).

In mid-1975 Andy moved on to the Angels for 3 seasons. He finished his career with a few games for the Brewers in April 1978.

(Having not collected baseball cards after 1972, and with the Orioles out of the spotlight soon afterwards, I lost track of Etchebarren's career, and had no idea until recently that he played for the Angels.)

What's In a Name?


Topps had this habit of changing a player's first name sometime during their career.

This was especially annoying for the time I was using Zistle. Their search feature only finds the cards having the name you entered, and doesn't include their cards having an alternate first name. (Last-name only searches would have been ok for Clemente and Dalrymple, but you wouldn't want to do that for Taylor.) 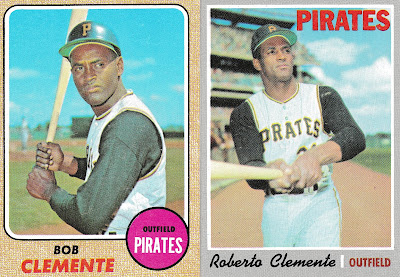 The most famous example of this is the case of Roberto Clemente. Topps called him "Roberto" in 1955 and 1956, until switching to "Bob" for the next 13 years, before finally relenting in 1970. 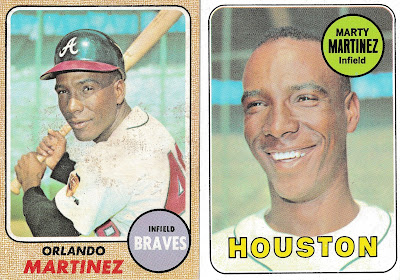 Orlando Martinez had cards from 1967-72, the first two having "Orlando" before Topps changed it in 1969. (Is there a more unimaginative nickname for someone named Martinez than "Marty"?) 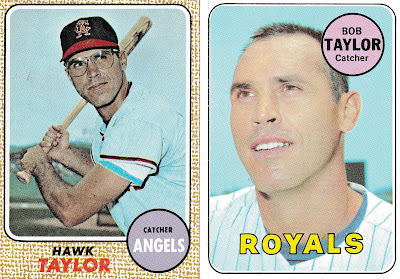 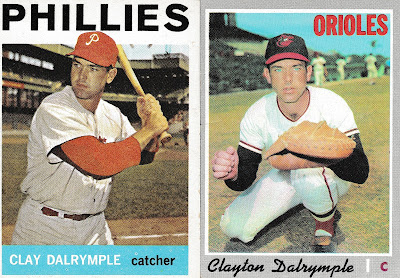 "Clay" was good enough for Topps every year except 1970, when they went all formal on Dalrymple.

Posted by Jim from Downingtown at 12:13 PM 4 comments: