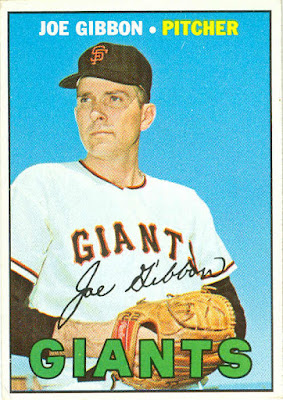 As a rookie, Gibbon pitched for the World Champion Pirates in 1960, and remained with the Bucs through the 1965 season. (He returned to the Pirates for most of '69 and all of '70).

Despite all that time in Pittsburgh, I remember him as a Giant, because that is where he pitched when I jumped aboard the MLB train.


Frank Robinson, the only man to win the MVP in both leagues, passed away today February 7, 2019 at age 83. 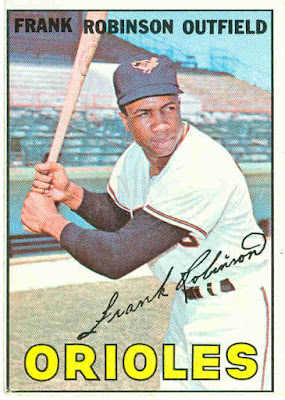 Robinson played for 21 seasons. The first 10 with the Reds, then 6 with the Orioles. He wrapped up his career with brief stops in Los Angeles, Anaheim, and Cleveland.


When Frank came over from the Reds, he immediately provided veteran leadership for the Orioles, and kept the team loose. One of the first photos I remember seeing of him was holding "Kangaroo Court" in the clubhouse: 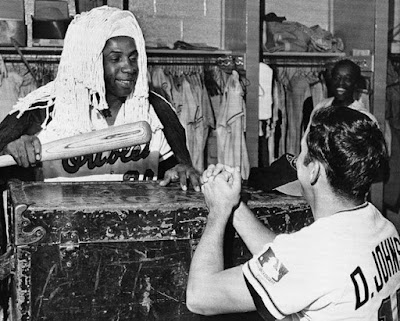 
Long-time Pirates' hurler Bob Friend passed away on February 3, 2019 at age 88, in Pittsburgh. 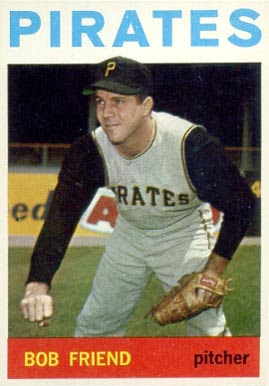 Friend was 18-12 during the Pirates' 1960 championship season, and made his final All-Star team that year. He continued in the Pirates' starting rotation through his last season in Pittsburgh ('65) at age 34.

After the '65 season, he was traded to the Yankees for reliever Pete Mikkelsen, but by mid-1966 had crossed town to play for the Mets. He retired after that season.