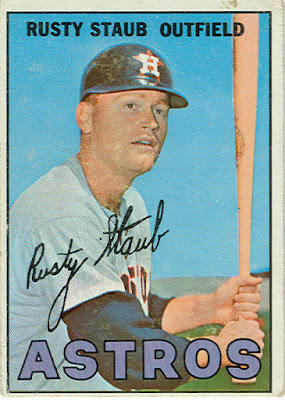 Staub had been in failing health in recent months.


In 2009, I posted about the Expos' Jarry Park on this blog, and one commenter offered the following story about Rusty Staub:

"Not only was the lighting bad, but the fences were deteriorating. During a foggy night game against the Cubs, Ernie Banks tagged what appeared to be a home run over the right-field fence, but the umpires could not see it due to the fog.

So they went to Expo right-fielder Rusty Staub, who, knowing what was about to happen, resourcfully kicked a hole in the bottom of the fence. Upon inquiry, Staub said he saw the ball bounce into the hole. With only Staub's word to go on, the umps waved off Banks' homer, and ruled it a ground-rule double.

Talk about knowing your position!" 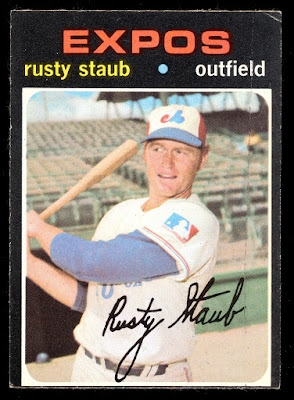 New York Daily News obituary
.
Posted by Jim from Downingtown at 10:20 AM 1 comment: 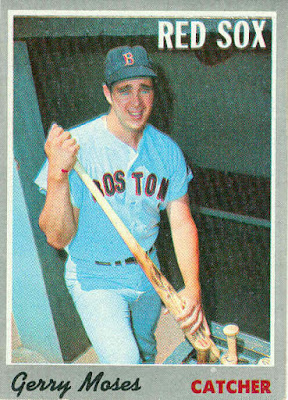 Traded to the Angels (along with Tony Conigliaro) after the 1970 season, he played for 6 teams over the next 5 seasons.

Posted by Jim from Downingtown at 9:38 AM No comments: 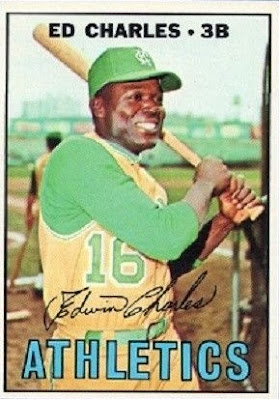 He shared the Mets' 3rd base job until Ken Boyer was traded away in mid-season, then was the every day 3rd sacker for the rest of 1967, and just over half on 1968.

In the Miracle Mets season of 1969, Ed shared the job with various youngsters, and appeared in the 1969 World Series.

He was released after the season, and later scouted for the Mets.