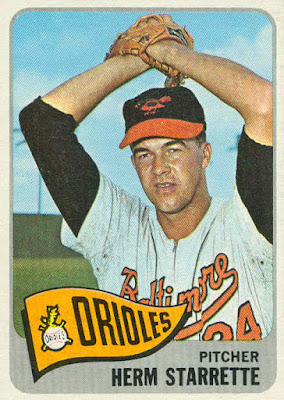 Starrette pitched for the Orioles in 1963 (and also briefly in '64 and '65), but was better known as a pitching coach for many teams.

He coached in the Orioles' farm system from 1966-71, contributing to the development of the young arms coming up through that system.

Herm moved up to the majors in 1974, and spent 28 years coaching and/or instructing for the Braves, Orioles, Giants, Phillies, Brewers, Cubs, Expos, and Red Sox.

I first became aware of Starrette when Dallas Green tabbed him as his pitching coach for the 1979-81 Phillies.

Posted by Jim from Downingtown at 3:11 PM No comments: 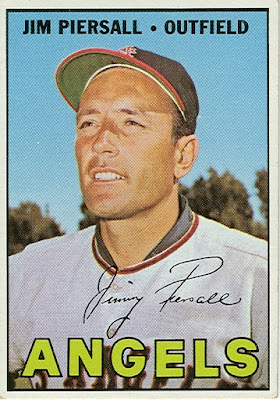 He played only 5 games in his final season, retiring in May to work in the Angels' front office. Piersall later was a broadcaster for the Rangers and White Sox.

He was inducted into the Red Sox Hall of Fame in 2010.

KCRA TV3 (Sacremento) obituary
.
Posted by Jim from Downingtown at 12:16 PM No comments: