Former Athletics' and Reds' pitcher John Tsitouris passed away on October 22, 2015 in his hometown of Monroe, NC at age 79. 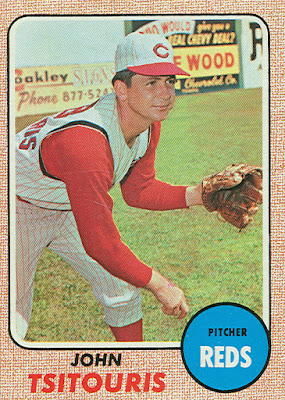 Coincidentally, I was just reading through his SABR biography a few days ago (it may have been on the date of his death, but I don't remember).

Posted by Jim from Downingtown at 12:33 AM No comments:


Former Angels' and Twins' pitcher Dean Chance passed away in his hometown of Wooster, OH on October 11, 2015 at age 74. 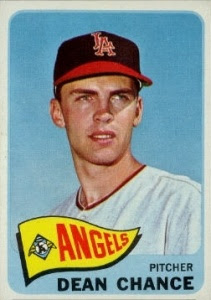 A member of the 1961 expansion Angels, he threw out the first pitch in the Angels' 50th Anniversary game in 2011, and was inducted into the Angels Hall of Fame in August 2015.

Posted by Jim from Downingtown at 2:01 PM 2 comments:

Last year, Whitey Ford and Warren Spahn were inducted, joining the other 23 members in the Hall. Four players received less than 15% of the vote and were dropped from the ballot, leaving 10 returning candidates this time:

Added to the ballot this time are 2nd baseman Bill Mazeroski (who missed the cut on the inaugural ballot) and outfielder Rocky Colavito. 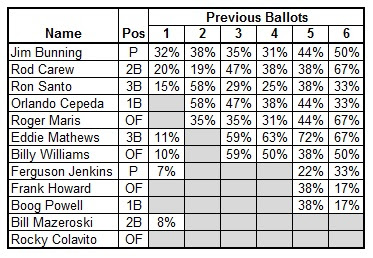 Click on the "hall of fame ballot" label below to see the results of all previous elections.

Posted by Jim from Downingtown at 11:53 PM 2 comments: 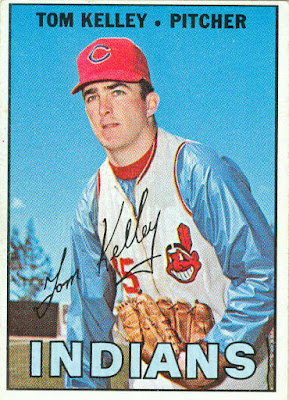 He was inducted into his hometown Manchester Connecticut Sports Hall of Fame in 1987.

Posted by Jim from Downingtown at 7:27 PM No comments: