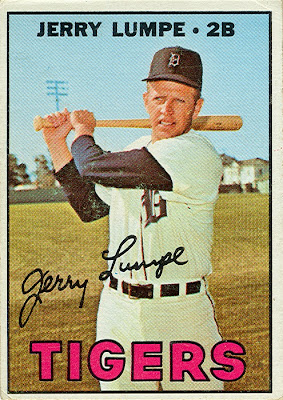 Lumpe was a bench player for the Yankees from 1956 to early 1959, then after his late-May trade to the Athletics, he was Kansas City's starting 2nd baseman through the 1963 season.

Jerry was traded to the Tigers prior to the 1964 season, and manned 2nd base for them from 1964-66. He wrapped up his career in 1967 as a bench player for Detroit, missing the World Championship team by one season.

Posted by Jim from Downingtown at 10:37 PM No comments:


Wow! After having none of the 1955 Red Man Tobacco cards for the first 59 years of their existence, I now have my 2nd card in three months. Now that's progress!

A few weeks ago, I returned to the same Pennsylvania Dutch-area antique store where I found this card, and snared another Phillie: the Whiz Kids' SS/2B Granny Hamner. 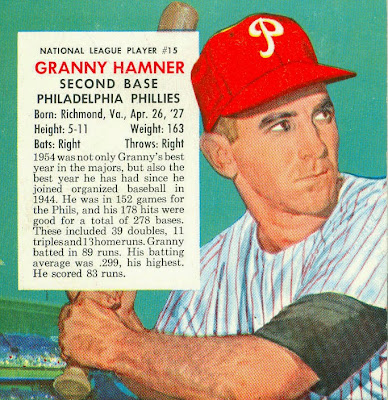 (The card back is identical to the Simmons card.)

Posted by Jim from Downingtown at 10:59 PM 4 comments: