Over the years, the Baseball-Reference.com site has been an invaluable reference source, not only for players' major and minor league statistics, but for team-and-year information such as defensive line-ups and batting orders for each game, transactions, minor-league affiliations, and many others.

A few years ago, I also discovered a Retrosheet link at the bottom of each player's page. There, one can find out the player's statistics for each game played, including whether or not he started, and what position was played (including PH and PR).

One of the features I like on the Baseball-Reference home page is the group of player thumbnails (sample below). I like to guess who the players are, before hovering my mouse pointer over them to get the names. (I usually have no shot at the older black-and-white photos, but can name many of the late-1960s players on sight.) I saved this grouping a few months ago, in anticipation of a post like this one today.


Surprisingly, I've noticed that there are never any players from the 1970s and beyond included in the photo grids.
.
Posted by Jim from Downingtown at 12:10 AM 1 comment:


Here are some of the brothers who played ball in the 1960s.

The only 3-brother combo in the 1960s was Felipe, Matty, and Jesus Alou, who all came up with the Giants before scattering elsewhere. Jesus made his major-league debut in a September call-up in 1963, Felipe's last season in San Fran. With someone named Willie Mays on hand, chances for an all-Alou outfield were slim, but they managed to all play together one time. 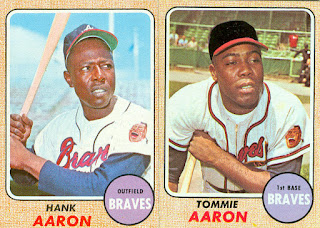 Hank and Tommie Aaron hit more home runs than any other brother duo, with 768 (755 by Hank). 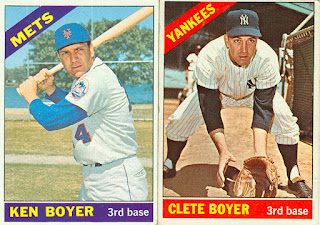 The Boyers cornered the 3rd base market in New York City in 1966. The brothers were 3rd base counterparts in the 1964 World Series, when Ken was with the Cardinals. 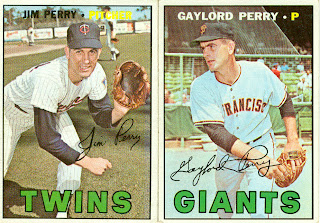 The Brothers Perry were star pitchers for their respective teams. Jim played primarily with the Indians and Twins, and won the AL Cy Young award in 1970, winning 24 games. Gaylord played 22 seasons, the first half of his career with the Giants, before bouncing around to a number of teams. He was a 5-time 20-game winner. The brothers were teammates on the 1974-75 Indians. 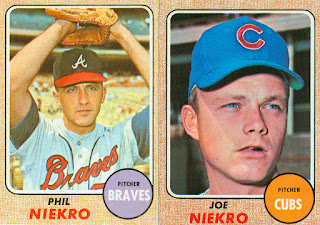 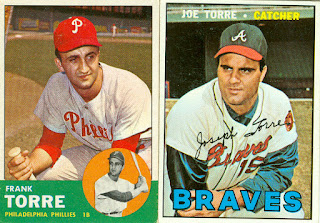 Frank and Joe Torre both began their careers with the Milwaukee Braves, and although they were both on the big club for part of 1960, and in the Braves' farm system for some of the same years, they were never teammates. 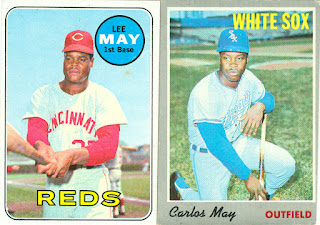 Lee May played 18 seasons, with Cincinnati, Houston, Baltimore, and the KC Royals. Younger brother Carlos played primarily for the White Sox. They were never teammates. 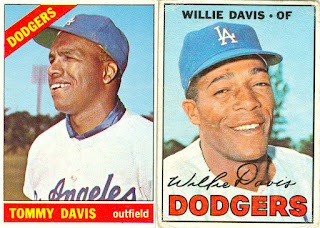 Just kidding! For over 40 years, I thought these two were brothers, before one of you bloggers set me straight a few years ago.


Other brother combos in the 1960s were Tony and Billy Conigliaro,  Dick and Hank Allen, Dick and Larry Brown, and Billy and Bobby Klaus.
.
Posted by Jim from Downingtown at 11:27 PM 1 comment: 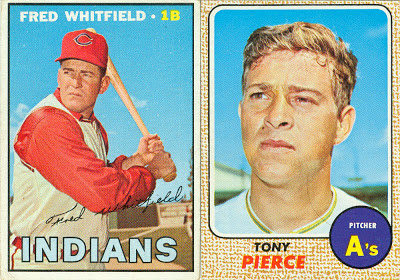 .
Posted by Jim from Downingtown at 1:59 PM No comments:

.
The balloting for the 1960s Hall of Fame closed yesterday, with only Carl Yastrzemski and Al Kaline receiving enough votes for election. Both players were added to the ballot this time.

They join these 19 already in the Hall:

17 ballots were cast, with Yaz selected on all but one ballot (94%). Kaline started off slow, with only 40% of the vote, but made a steady comeback to finish with 76% of the vote.

Dick Allen was the only other candidate who was above 75% after 5 ballots, maintaining 80% of the votes through the first 10 ballots, then receiving little support the rest of the way, to finish with 59%.

Besides the 2 inductees, other newly-added candidates were Eddie Mathews and Billy Williams (both with 59%), and pitchers Jim Kaat and Sam McDowell, who each failed to get 15% of the vote, and will be dropped from the ballot. 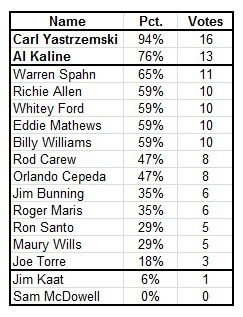