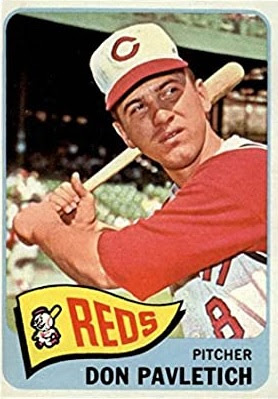 (His 1965 card incorrectly identifies him as a pitcher)

In 1968, Edwards was traded away, Johnny Bench took over most of the catching, and Pavletich was primarily the backup 1st baseman.

Cincinnati.com obituary
.
Posted by Jim from Downingtown at 5:49 PM