Continuing with the series I started on November 8th, here is a breakdown of the 1968 Phillies team. Using information from a chart I recently discovered at Baseball-Reference.com, I have come up with sort of a depth-chart below. In each section, a dotted line separates the "main players" from the others. 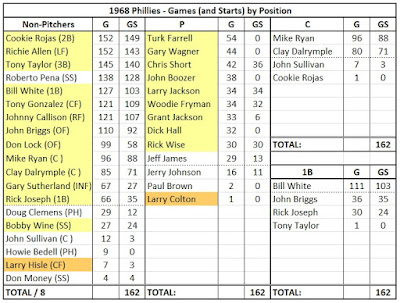 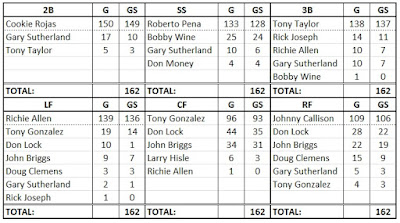 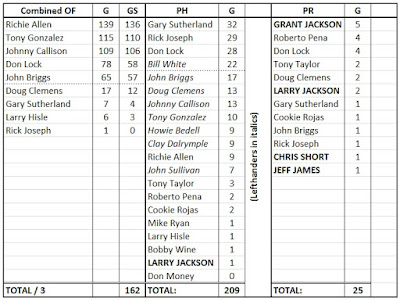 The Phillies neither traded nor acquired any players during the 1968 season. (Yeah, why try to improve on 72 wins?)

Their only roster moves were to send down Don Money and Larry Hisle, put Bobby Wine on the DL, and call up Roberto Pena and (at various times) Doug Clemens, John Sullivan, Jerry Johnson, Paul Brown, Larry Colton, and Howie Bedell.
Posted by Jim from Downingtown at 11:32 AM