Continuing with the series I started on November 8th, here is a breakdown of the 1966 Phillies team. Using information from a chart I recently discovered at Baseball-Reference.com, I have come up with sort of a depth-chart below. In each section, a dotted line separates the "main players" from the others. 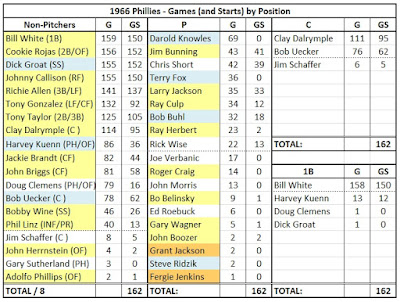 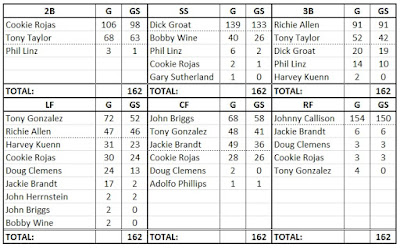 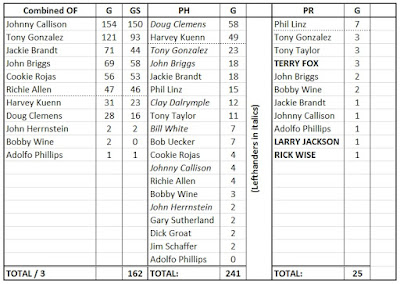 Notice that three pitchers were used as pinch-runners.

Had a Phillies card this year, but was not on the team: Alex Johnson

Aargh! Fergie Jenkins barely had time to get his feet wet before they shipped him off to the Cubs!

Posted by Jim from Downingtown at 8:00 AM