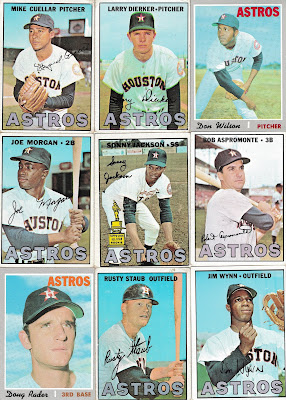 Always liked Houston and with this lineup, not sure why they didn't do better. Actually wished they had kept their original name. Colt .45's is such a great name and those caps with the .45's logo, so nice looking!

I agree with you about the caps.