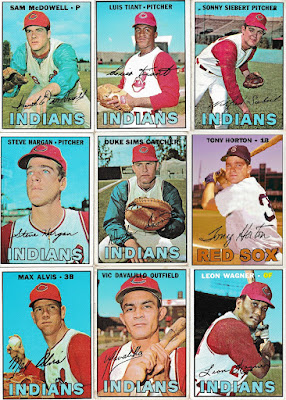 The Tony Horton card is a custom creation by the late Bob Lemke. (The fonts are somewhat distorted because I had to shrink the image so much to fit in with the other eight cards.)
Posted by Jim from Downingtown at 9:00 AM