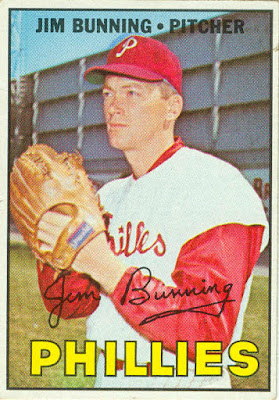 He retired after the 1971 season, and after a stint as a minor-league manager for the Phillies, he went into politics, eventually becoming a US senator for Kentucky.

Here is Jim Bunning's page in my 1967 Phillies yearbook (which I just found a few weeks ago after moving). 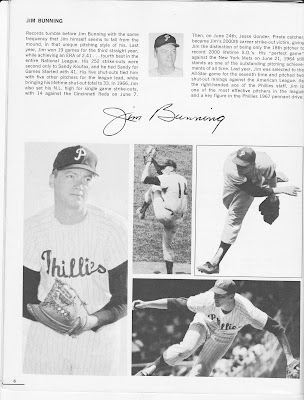 .
Posted by Jim from Downingtown at 10:42 PM No comments: Links to this post

At the time of his death, he was the oldest living person with a card in the 1967 Topps set. 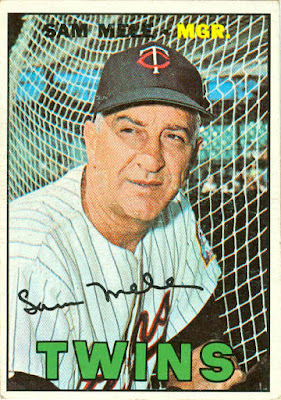 Mele managed the Twins from their first season in Minnesota (1961) through the first 50 games of the 1967 season. His Twins won the AL pennant in 1965, before losing to the Dodgers in the World Series.

After his dismissal by the Twins, he worked as a scout for the Red Sox from mid-1967 until retiring in 1994.

Posted by Jim from Downingtown at 10:01 PM No comments: Links to this post