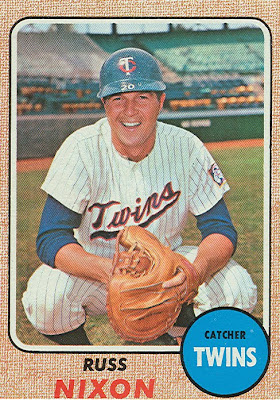 In March 1960 he was traded to the Red Sox but refused to report. Three months later another deal with the Sox sent him to Boston, where he remained through the 1965 season.

After 2 years with the Twins, Nixon returned to the Red Sox for the 1968 season. He was signed by the White Sox after the '68 season, but was released the following April.

Posted by Jim from Downingtown at 11:59 PM